A team of UM-Dearborn engineering students won second place in a programming competition Oct. 10 during the annual Consortium for Computing Science in Colleges conference in Chicago.

The Consortium for Computing Sciences in Colleges is a non-profit organization that promotes quality computer-oriented curricula, and the effective use of computing.

Coached by associate Prof. Bruce Elenbogen, students (from left) Luke Duncan, Trevor Tabaka and Scott Hoffman competed against other students from 14 colleges in the Midwest.

Duncan, Hoffman and Tabaka used their knowledge of basic algorithm design and adapted it to the given problems, solving six of seven problems within a four-hour time period.

"The scoring system is similar to golf in that you want your score to be lower," explained Duncan. "The longer it takes you to submit a problem, the more points you get. Students need to be able to recognize how to solve the problems and decide which problems to attack first to minimize their scores."

This is the first year UM-Dearborn competed in the event. The team will next compete in the ACM regional competition later this month in Ann Arbor. They will face international competition from about 120 teams including U-M Ann Arbor, Carnegie Mellon and the University of Waterloo. 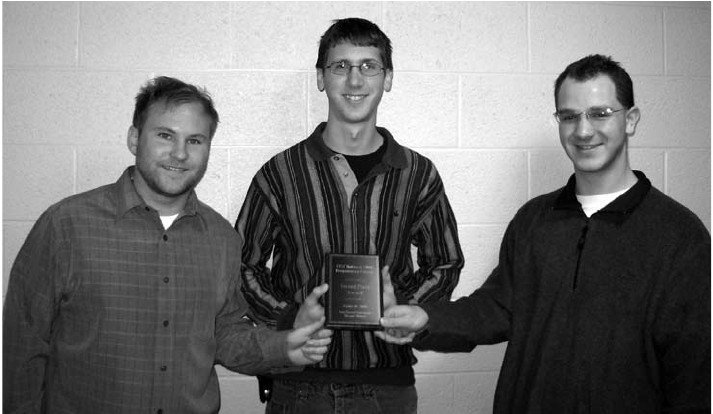 Photograph by Bruce Elenbogen. Article published in The University of Michigan-Dearborn Reporter on October 26, 2009